Professor Rostislav Švácha is a leading Czech historian. Although he was born in Prague, his career has been tied with Palacký University Olomouc for the last three decades. He headed the Department of Art History at the UP Faculty of Arts in the years 2014–2017 and is still a department member. At the same, he is employed at the Institute of Art History at the Czech Academy of Sciences in Prague. He has devoted his professional career to the study of the architecture of the 17th–20th centuries. Rostislav Švácha uses his knowledge of modern architecture as well as his academic authority for better exploration of Baroque architecture and for rehabilitation of peripheral or neglected themes, such as sport architecture in the publications Start and Naprej. In 2013 he was awarded the Czech Ministry of Culture Award for Contributions to Architecture, in 2014 he received the International Olympic Committee award Sport et Art, in 2015 he received atribute from the Czech Chamber of Architects. His book Paneláci (Panel Estates), written together with Lucie Skřivánková, was awarded the 2018 Magnesia Litera Book Prize for the best work of non-fiction. As a member of the association Za krásnou Olomouc (For a Beautiful Olomouc), he employs his professional authority to support and enforce protection of important buildings created during the 20th century. 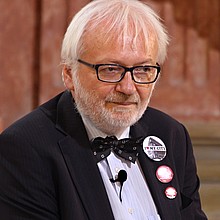 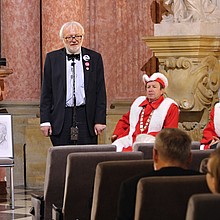 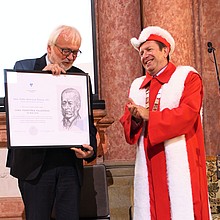