One the most prominent personalities of the Christian world in both the Czech as well as European context, a globally renowned expert in Eastern Christian spirituality, the most important Czech theologian, a respected exponent of ecumenical dialogue and promoter of Czech culture. He was the author of dozens of academic publications and hundreds of articles as well as fairy tales and poems. His contributions to the Sts Cyril and Methodius Faculty of Theology in Olomouc involved mainly his activities concerning the realisation of the Aletti Centre project, his lectures, regular contacts with the Pontifical Oriental Institute and Aletti Centre in Rome, and in the creation of a specialised doctoral study programme in Christian Oriental Studies. His collected works, taken care of by the Olomouc publishing house Refugium, became an integral part of Czech theology of the 20th and 21st centuries, also reaching into the areas of culture, art, Czech and European history as well as natural sciences and medicine.

President Václav Havel decorated him with the medal of the Masaryk Order for his outstanding contribution to democracy and human rights, Italian President Carlo Azeglio Ciampi awarded him with the highest award for excellence in the area of culture and arts, and the Czech Bishop’s Conference awarded him with the Sts Cyril and Methodius Order for his lifelong work. Pope John Paul II named him Cardinal in 2003. He was the recipient of several honorary doctoral degrees at various universities, including Palacký University.

The collected published works of Špidlík, including the testament to his life and work entitled Kardinál Tomáš Špidlík SJ – starec a teolog nerozdělené církve (Cardinal Tomáš Špidlík SJ – The Patriarch and Theologian of the Undivided Church), were completed in 2013 by Prof Pavel Ambros, one of his students and the present Head of the Department of Pastoral and Spiritual Theology at the Sts Cyril and Methodius Faculty of Theology, Palacký University, Olomouc. 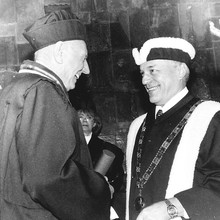 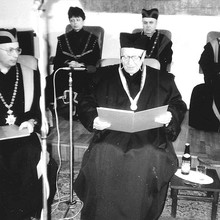 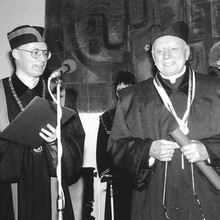 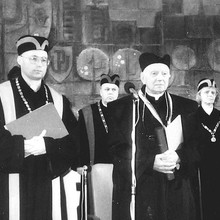 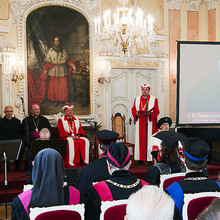 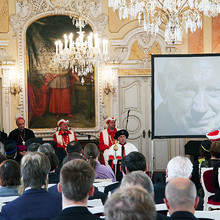