Jiří Suchý is undoubtedly one of the most distinct personalities of Czech modern culture. The unparalleled invention of this actor, song-writer, poet, writer, composer, musician, graphic artist, and painter was most voiced in the area of so-called "theatres of small forms", the pillars of which still stand in Prague's Semafor Theatre. Suchý's work influenced the creative work of many artists and has been appreciated by several generations of the Czech cultural public. The history of Suchý's contacts with the Olomouc art scene dates back before November 1989, when the Semafor Theatre appeared as a guest in the local Hodolany Theatre and at the festival Olomouc tvarůžek (Olomouc Cheese). Jiří Suchý received the honorary academic title for his lifelong and diverse activities in the realm of literature and theatre. 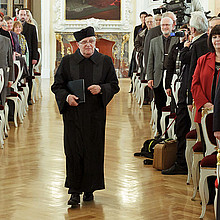 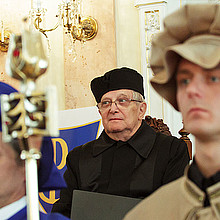 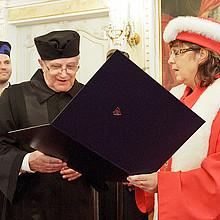 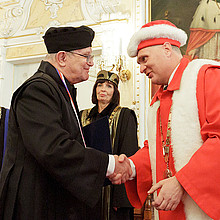 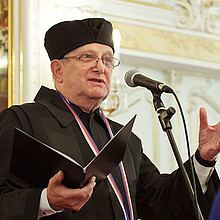