Prof Heinrich is one of the most important advocates in the world in the theology of charity – Caritaswissenschaft – and his work in this sector has an international reach. For a decade, he dedicated himself to building a new workplace with a similar focus at CMFT, where he helped implement and develop Christian humane inspiration in social work. He has been repeatedly awarded for his contributions in Germany and even by the Vatican.

Director Emeritus of the Institute for Charity Studies and Christian Social Work at the University of Freiburg, Heinrich Pompey, is engaged in the development of social work in Europe and its theological-religious convergence. He was there at the founding of the Department of Christian Social Work in 2005 at the UP Cyril and Methodius Faculty of Theology (CMFT), and he helmed the department for six years. The honorary title Doctor honoris causa was awarded to him by UP for significant contribution for the development of the field in the European context and for building a professional workplace of Christian social work at UP CMFT.

He studied theology, psychology, and philosophy at the universities of Münster and Würzburg. He received his habilitation in the field of Pastoral Theology in 1973 from the University of Würzburg on the basis of his work "The Development of Medicine and Christian Humanity" – and he served as a professor at that university from 1978–1988. From 1988–2004 he held the position of Director of the Institution for Charity Studies and Christian Social Work at the Theological Faculty of the University of Freiburg. He has also worked at Gustav Siewerth Academy in Weilheim-Bierbronnen, at Johannes Gutenberg University in Mainz, Charles University in Prague and at other European universities. He is an Honorary Professor at the Catholic University San Antonio of Murcia (Spain).

At the start of the second millennium he was there at the birth of the Olomouc Department of Christian Social Work, which he led until 2010. As a founding member of Maltese Aid in Germany, he worked intensively with its Bohemian and Moravian branches, as well as with a number of other civic and ecclesiastical institutions in Bohemia and Moravia. He has lectured to workers in aid professions at professional seminars all over the world: for example in South Korea, Argentina, India, France, Spain, Russia, and other countries.

He is the author or co-author of nearly 350 academic, pedagogical, and popular spiritual works, and is a member of a number of ecclesiastical and social committees and academic associations. In 2006, he received the Order of Merit of the Federal Republic of Germany for his international academic and practical work in the area of Christian social work. Two years later, Pope Benedict XVI. awarded him Knight Commander with Star of the Order of St Gregory the Great for his more than 20-year engagement in the development of the study of charity and spirituality. In addition to his rich academic career, he has also worked in the aid field as a therapist in family and marriage counselling and as a volunteer in visiting services at his place of residence. 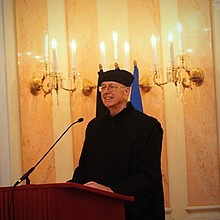 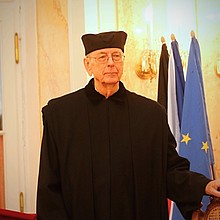 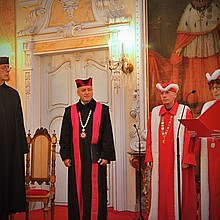 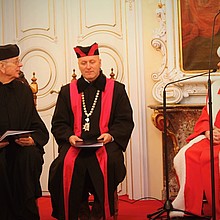 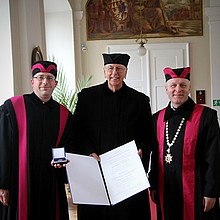 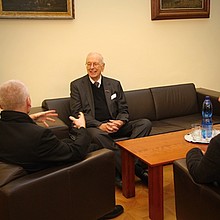 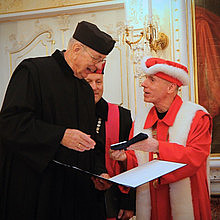