Bohdan Pomahač is a world-renowned plastic surgeon and Palacký University alumnus. After graduation from the Faculty of Medicine and Dentistry he became employed at the Brigham and Women's Hospital Boston, where he first worked in the laboratory, specialising in gene transfer to skin cells and later applied for the Department of Surgery. In 2007, he became the medical director of the BWH Burn Center, housed within the division of Trauma, Burn and Surgical Critical Care, and became the leader of the team specialising in face transplants. He has performed five face transplants altogether. He also deals with transplants of upper and lower proximities and considers broadening the programme to other poorly replaceable or irreplaceable organs such as the trachea and abdominal wall. He received the title Doctor Honoris Causa at Palacký University for his significant contribution to the development of plastic surgery methods in facial reconstructions. 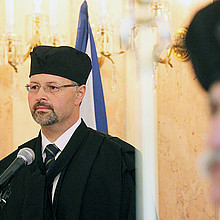 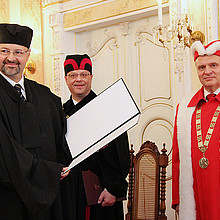 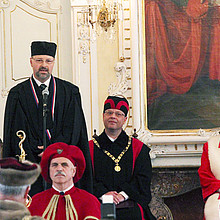 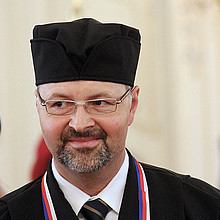 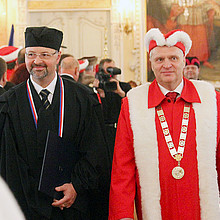 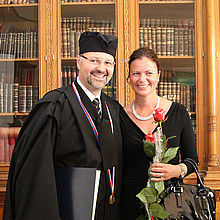