The scientific work of the European top expert in the field of orthodontics, Milan Kamínek was vital for the development of dentistry in the Czech Republic and Central Europe. On the basis of his findings from his study stipends in Denmark he introduced the treatment with fixed multiband orthodontic appliances at the Department of Dentistry as early as in 1969, and the Department of Orthodontics at the Dental Clinic of the Faculty of Medicine and Teaching Hospital in Olomouc thus became the first institute in the countries of the former Eastern European bloc where these appliances became systematically used and introduced in local medical training, as well as in the training of experts from neighbouring countries. As Head of the Institute of Dentistry and Oral Sciences and Head of the Dental Clinic II he brought up many academic workers and specialists in orthodontics. His extraordinary results in orthodontics have been recognised by a number of awards – academic, national, and international. He is a corresponding member of the German Society for Orthodontics (Deutsche Gesellschaft für Kieferorthopädie), an honorary member of the Polish Orthodontic Society, and the first Czech dentist who was named a member of the Royal College of Surgeons of England. The Czech Dental Chamber acknowledged his contribution by awarding him the title Personality of Czech Dentistry. In 2014, a team of authors from the Faculty of Medicine and Dentistry at Palacký University prepared the latest Czech textbook of Orthodontics under his supervision. Presently, he is Vice-Dean for science and research at the Faculty of Health Sciences in Olomouc. 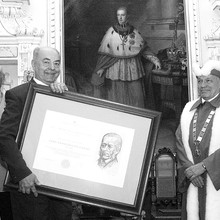 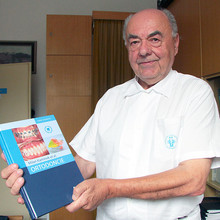