The Regional Centre of Advanced Technologies and Materials (RCPTM) is a modern centre for research and development of nanomaterials and chemicals that may find application in medicine, biotechnologies, the food industry, and environmental protection. Excellent results have also been achieved by the RCPTM optics experts, who peer into the world of photons and quantum information processing and explore the mysteries of cosmic radiation.

Today, RCPTM has approximately 100 scientific team members, 25% of whom are foreign specialists. They have cutting-edge devices at their disposal, including the most efficient high-definition electron microscope in the Czech Republic. The RCPTM experts focus on chemical, material, and optical research in seven priority research areas:

The list of achievements in basic and applied research is extensive; the RCPTM experts publish more than 200 original publications in prestigious foreign journals every year. The Centre is involved in a number of international grants and projects, as well as in long-term collaboration with more than 50 of the world’s leading institutions.

Much attention is dedicated to medicinal research. Together with their colleagues from the UP Faculty of Medicine and Dentistry, they have discovered and described the high antibacterial and antifungal activity of silver nanoparticles. Domestic and foreign companies have shown keen interest in certain nanotechnologies used in medical diagnostics, such as the new method of highly sensitive determination of targeted molecules in blood and urine, which might speed the detection of serious illnesses, including Parkinson’s disease. In addition to that, the new anti-tumour drug compounds on the basis of platinum complexes developed in the RCPTM appear to have prospective use in cancer therapy.

The RCPTM is also one of the leaders in European environmental research, leading or participating in key national and international projects in water treatment and soil remediation. Their technology of in situ remediation of groundwater with the use of iron nanoparticles has found practical applications. Nanoiron produced according to the patented technology of the RCPTM is commonly used today by many remediation companies in the Czech Republic and Europe for the treatment of groundwater contaminated with chlorinated hydrocarbons, nitro-compounds, arsenic and heavy metals. Nanostructures, however, have a great potential in biotechnologies and food industry. Olomouc scientists have entered an advanced stage of commercial application of their technology of separating lactoferrin, an important protein with significant antimicrobial and anti-tumour activity, from bovine milk. The RCPTM opticians taking part in the CERN-ATLAS project develop all-sky cameras and mirrors installed in telescopes used in next-generation observatories.

Incipient Czech and foreign scientists gain precious experience from their globally acknowledged colleagues. The most cited Czech scientist, and the laureate of the Czech Mind Award, chemist Pavel Hobza, joined the ranks of the world’s most cited researchers. The RCPTM Director, Radek Zbořil, a laureate of the Czech Ministry of Education Award for his research into nanomaterials, is also one of the most cited Czech chemists. Research into graphene is the domain of Michal Otyepka, whose achievements were awarded with the Neuron Impulse 2014 with a grant allocation of one million CZK. Graphene is a material with vast potential: it conducts electricity more efficiently than copper, and the electrons in its structure move almost at the speed of light. Olomouc scientists have discovered and prepared chemical derivatives of this “Nobelian” material: fluorographene, which is the thinnest insulator in the world; and thiographene, a two-dimensional semiconductor with excellent properties for application in DNA biosensing.

The Centre also participates in the education of students at the UP Faculty of Science who are allowed to engage in scientific activities during their studies. Meeting with foreign top-class scientists is made possible thanks to the prestigious Rudolf Zahradník Lecture Series, organised since 2013 with the aim of inviting many excellent world chemists to Olomouc.

The Centre has been actively collaborating in contract research with more than 80 domestic and foreign industrial partners and transnational concerns. Their most important partners include Procter&Gamble from the United States, Waters GmbH from Germany, and Teva Pharmaceutical Industries Ltd from Israel. 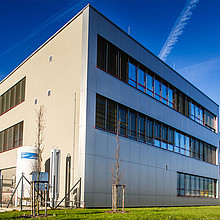 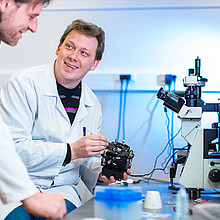 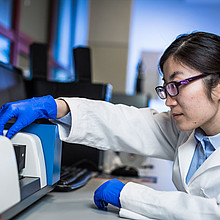 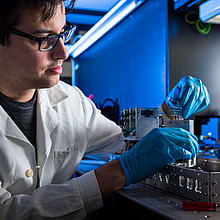 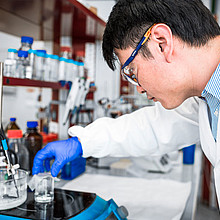 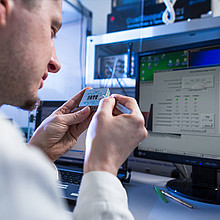 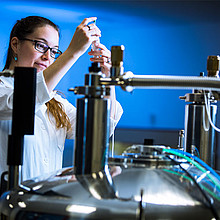